The Feast of Booths/Tabernacles is ending. This appointed time of YHVH is a celebration of God’s faithfulness to His covenant people through the long journey from slavery to the Promised Land. He will dwell forever among His people whom He has forgiven and cleansed from all unrighteousness. The Lord’s Supper reminds us of Messiah’s death until He comes. The Book of Daniel takes us to that day when the Lord Yeshua/Jesus returns to restore the Kingdom of God to Israel, and to dwell among them. The saints will reign with Him in His glory over all the nations! The Millennial Kingdom is the prophetic fulfillment of the Feast of Tabernacles/Booths. No more Antichrist; no more tribulation; no more fear; but the knowledge of the glory of YHVH will fill the Earth as the waters cover the seas!

We finished last time learning that violent law-breakers from among the Jewish people will seek to fulfill the vision by taking possession of the promised land by force by siding with the King of the South.  As events continue to develop we will gain more understanding.

God will not permit anyone to take by force or deceit or human reasoning that which He has promised to give in His own time and righteousness. (Think of Abraham and Sarah and the son that God promised them; think of Jacob and Esau; think of David leaving it to God regarding the timing of King Saul’s death; ….)

None of this is supposed to stir up antisemitism from among Christians, or defensiveness by Jewish or Israel-supporting believers; the Holy Spirit is simply stating some hard truths to digest. Yeshua, on the cross, asked the Father to forgive us, because we do not realize what we are doing. If need be, we need to confess our sin, and thank God for the blood of Jesus to forgive us, and cleanse us from all unrighteousness. Yet we know it is true in history that not only Jews have been unfaithful to YHVH and His calling upon them to be His holy people, but people from every tribe and nation have those who betray their constitutions and way of life. (When someone repents and believes the gospel, he may be called a traitor by his own countrymen or religionists; for now he/she serves another King and another Kingdom.)  Even Christians have done the same within the Body of Messiah in their unfaithfulness to the New Covenant truths that distinguish it from all others, and have brought reproach upon the name of Jesus Christ. And as humankind, we have all been disobedient to the one true living God; and all who are saved are saved by His mercy and grace. (Rom 11:25-36)

Today we are going to see the emergence of the Antichrist, but not yet revealed as to who he will be at this point. He may not even know himself before the time. When did Judas Iscariot know that he would be the one to betray the Lord? There have been many antichrists in the world, and the mystery of iniquity is already at work from long ago. (1 Jn 2:18-19; 4:1-6; 2 Thes 2:7)  But there will be the Antichrist, the seed of the serpent, the incarnation of Satan. There were many anointed ones in the Bible  — high priests, prophets, kings, Cyrus — but Yeshua/Jesus is the Anointed One/Messiah/Christ, the Seed of the woman, and the incarnation of YHVH God. 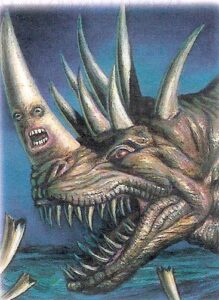 Let us remember that Daniel saw a large war army in the word that was revealed to him in Ch 10, and that it has to do with what will happen to his people in the last days. He is being told of many wars, and now they begin to more directly connect with the Israeli Jewish people in the Land of Israel. Daniel is given to see the fourth kingdom and beast and the little horn in more detail. The visions that he had about them, recorded for us in his book, greatly distressed him.

v 17-20  The King of the North makes an alliance with the King of the South, giving a daughter in marriage in order to corrupt the kingdom, but his plans will not succeed.  The lady does not stand with her king in this political scheme. Then apparently one of the commanders of the King of the North kills him in his own land for this embarrassing failed arrangement. Then another leader replaces him, and imposes a tax on Israel, but he will die within a very short period of time.

The enemy’s tactic of using a woman in his strategy to corrupt the target nation is common throughout history. Balaam told King Balak of Moab that the people of God could be destroyed by corrupting their morality, since the God of Israel is holy. Bribes and illicit sex destroy ordinary persons, religious and political leaders, and entire nations by perverting righteousness and justice and covenantal faithfulness. No one is immune or exempt from such schemes or temptations. We must walk humbly in the fear of the LORD to keep us from evil.

v 21-22 Out of this turmoil, another person shall take the place of this last leader:  a vile, contemptible person, not acknowledged as “fit-for-office”. This “little horn” becomes King of the North very suddenly as a man of tranquility, and will seize the Kingdom of the South through deceitful flatteries while they feel secure.  He emerges from this as the prince of the covenant. (Dan 9:26-27; Is 28:14-22)

v 23-24 He makes an alliance with the King of the South, as if to make peace, but then acts deceitfully against them, and moves quickly through the North African nations (v 43) with a relatively small army and defeats them. He divides the spoils of his victory among his allies, something which his predecessors never did. He then plots to overthrow fortresses at a certain time.

This “little horn” is already plotting to expand his kingdom and power very early on.

The rest of the chapter and book has to do with the acts of this vile, contemptible man who comes against the holy covenant of God, against the covenanted Beautiful/Glorious Land, against the holy place of God in Jerusalem, against the people of Daniel, and against the saints. This is the one of whom YHVH spoke for many years through the Prophets that He would bring this man against His land and people.  This for the purpose to sanctify His Name, and that all would know that He is YHVH! (Ezek 38:14-17; Mt 6:9-10)  There is a goal. It is a difficult way to get there: a narrow road that leads to LIFE. God calls us to join Him. Only He is good, and Jesus/Yeshua has the words of eternal life.

Before we continue in this chapter, I want to look more at this last kingdom, and this person that we call the Antichrist:

We will learn more of him in the remainder of Ch 11. In the New Testament we also have several references to this vile, contemptible man:

1.  Mt 24:3-25, Yeshua gives us the sequence of events, including all of the wars, the abomination of desolation, family betrayals, and the coming again of the Son of Man.

The Lord Yeshua/Jesus is telling us in advance of the many bad things that must take place before His return to deliver the saints and His people. He wants us to be strengthened in our faith both mentally and spiritually to accept this from His hand as a necessary part of the process of going through much tribulation to enter the Kingdom of God. (Acts 14:22) God works all things together for good for those who love Him, and are called according to His purpose:  He is conforming us to the image of His Son.

Our hope is in Jesus/Yeshua who conquered death and the grave through His death, burial, and resurrection from among the dead! This is our blessed hope in Christ, whether we have died, been killed, or remain alive when He comes for His Bride. The Holy Spirit is leading us into all the truth so that we will not be taken by surprise, and that we will not judge God for the bad things to come.  He has to do what He has to do to get what He wants. He wants us to love Him and to trust Him, no matter what, like Habbukuk did; like Job did; like Paul did. It was not easy, but they glorified the Lord; and He honored and blessed them for it, and given them as part of the great cloud of witnesses who have preceded us.

We, too, probably feel distressed like Daniel at these future events to occur against the Jewish people, against the State of Israel, against the believers in Yeshua/Jesus. But he, and we, are also given to see that the end is very good for the glory of God. His will be done on Earth, as it is in Heaven!

“Beloved, do not think it strange concerning the fiery trial which is to try you, as though some strange thing happened to you; but rejoice to the extent that you partake of Messiah’s sufferings, that when His glory is revealed, you may also be glad with exceeding joy. If you are reproached for the name of Christ, blessed are you, for the Spirit of glory and of God rests upon you.  On their part He is blasphemed, but on your part He is glorified.” (1Pt 4:12-14)

This article originally appeared on Streams in the Negev, October 9, 2020, and reposted with permission.

Hear how Dugit helps an Israeli ministry - “Restart” - to turn around the lives of drug addicts and homeless people.