There is not just one miracle catch of fish recorded in the Gospels, there are two… but with a key difference. It’s to do with the nets.

These stories speak great truths into what we’re seeing as we hold out the word of life in Arabic, and we want to share the exciting things that are happening – and how it all relates to you.

Jesus calls His disciples into partnership with him. We’re going fishing!

Fishers of Men (and women)

Can you imagine Jesus Himself inviting you to go fishing with Him? Well that is what has happened. Just as Jesus called the first disciples, He also calls us to join Him:

This, of course, is a metaphor for evangelism. Here at ONE FOR ISRAEL, we’re using the internet to find those who are looking for answers and searching for hope.

We are casting the net far and wide with the offer of eternal life: the Good News of Jesus. We do everything we can to put it in places on the internet where it will catch the attention of Hebrew and Arabic speakers, wherever they might be around the world.

And they are responding. We have many amazing stories of Arabic speakers not only from the Middle East, but all over the world who have watched our videos and come to faith.

MUSLIMS WHO LISTEN TO ARAB CHRISTIANS WHO KNOW HEBREW

First of all, there’s a similarity in the hard work of the disciples in their tireless efforts to catch those fish. The disciples were professionals who knew how to fish, and they had worked HARD. It wasn’t lack of effort or expertise that was the problem. In a similar way, there has been a lot of faithful work in the 10-40 window of the Arabic speaking world, and many who have toiled for years will have felt that their efforts have been in vain. The ground has been fairly unyielding, to say the least.

Yet one word from the Master and the fish veritably jump into the nets!

Rumbles of Revival in the Arab World

I remember hearing Brother Yun (also known as the “Heavenly Man”) speak about the miracle catch of fish story, saying how he imagined the fish would have been overjoyed to swim close to their creator and obey His word! They rushed towards the boat and into the nets in a manner that defies nature. It also defies rationality. Why would throwing the net over the other side make any difference at all? Under normal circumstances, it wouldn’t. But nothing is normal when He is with us. All that matters is Jesus and our willingness to obey His word. Whatever He says to you, do it, as Mary sagely advised.

In speaking of the Spirit, Jesus told Nicodemus:

“The wind blows where it wishes and you hear its sound, but you do not know where it comes from or where it goes.” (John 3:8)

So this is what we are seeing. After a long period of hard labor and apparently fruitless fishing, we are now seeing miracles. Many people in Arabic speaking countries are hungry for the truth, and are coming to faith in unprecedented numbers. David Garrison was so impacted by the miraculous response among Muslims to the gospel in our days that he documented it in his well-researched book, A Wind in the House of Islam. Something supernatural is certainly going on, and the Spirit of God is the One who is bringing the awakening. Why suddenly now?

God has determined that now is the time to bring many from the Muslim world to faith in Jesus.

We are seeing miracle catches of fish in these waters.

According to our friend, Joel C. Rosenberg,

“More Muslims converted to faith in Jesus Christ over the past decade than at any other time in human history. A spiritual revolution is underway throughout North Africa, the Middle East, and Central Asia. As a result, a record number of ex-Muslims are celebrating Christmas this year, despite intense persecution, assassinations, and widespread church bombings.”1

The need for good nets

Now. About those nets.

Here is the crucial difference between the two stories of the miracle catches of fish. In the first story, the nets were not able to handle the enormous catch of fish:

“Master, we’ve worked hard all night and caught nothing. But at Your word I will let down the nets.” When they had done this, they caught so many fish that their nets began to break. (Luke 5:5-6)

There were so many fish, the nets were breaking! So, the next verse tells us, they called to others to partner with them to bring in the nets.

And here is the second account, after the resurrection of Jesus:

Simon Peter went up and dragged the net to land, full of large fish, one hundred and fifty-three; and although there were so many, the net was not broken. (John 21:11)

In the second incident, the nets did not break. This speaks of strong partnership in the gospel.

In the first story, the disciples were not ready for such a miracle catch and had to call for help and partnership after the event. In the second, the nets were strong, well connected, and holding together. There were no holes, gaps, or weak connections.

This is a perfect picture of our partnerships in the gospel as believers. We are not the only ones reaching out to the Arabic speaking world – we are working in partnership with others. This enables us to do a much better job as Fishers of Men. If we work together, we are able to bring in huge hauls of fish. We’re revival ready!

The nets represent unity and partnership in the gospel

There has been a tremendous change in the unity between believers within Israel, and we are also working in unity with others in the body of Messiah from other countries.

We also want to partner with YOU!

We have well-trained, Arabic-speaking media experts who can make excellent evangelistic videos, but all that is of no use unless they are seen and heard. We are proclaiming the message, but can you help us reach our audience?

But I say, have they never heard? Indeed they have, for

By partnering with us financially, your gifts can literally send the good news of Jesus to be seen and heard all around the world.

Want to come fishing with us? 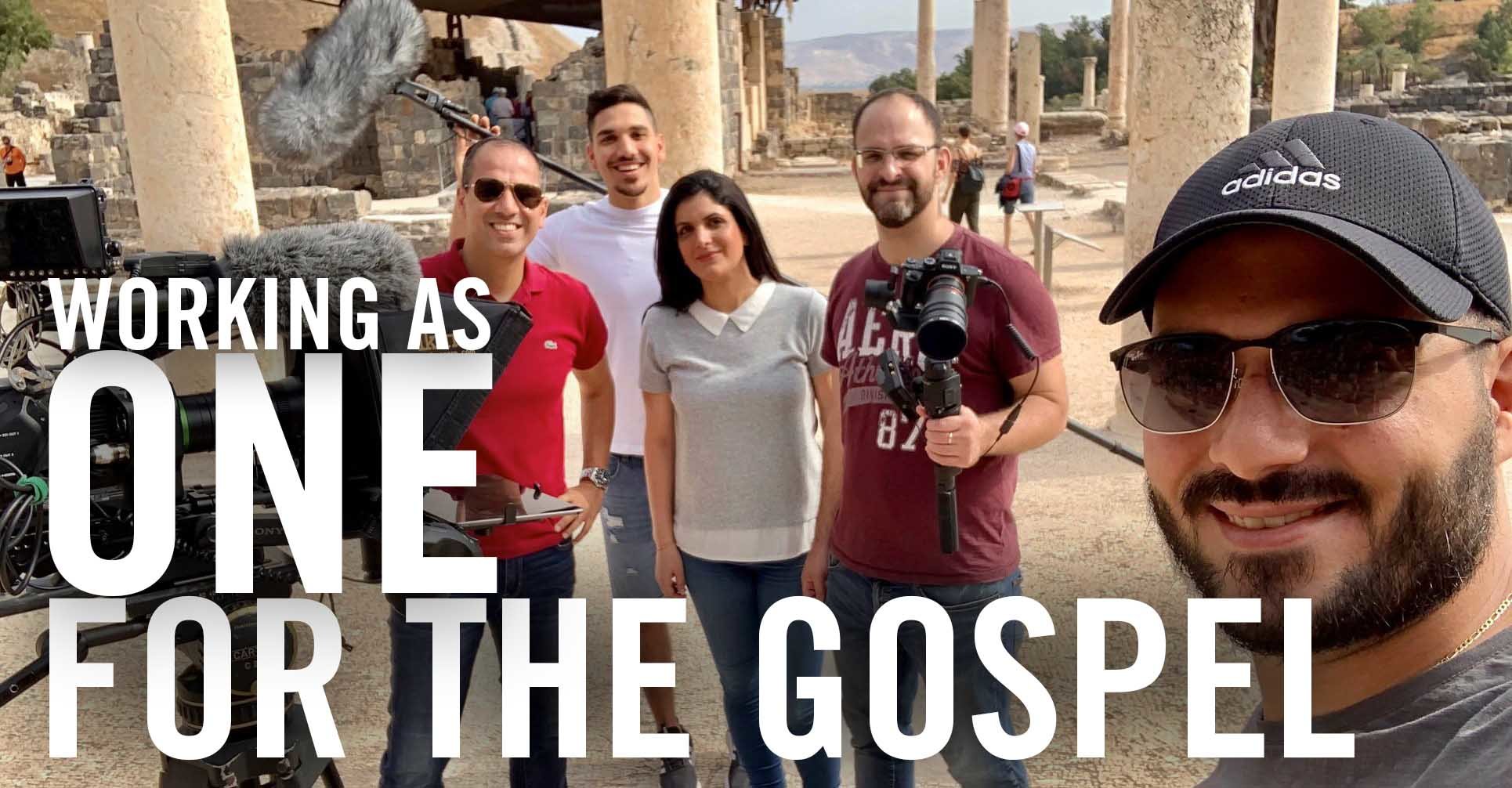