Music is the great uniter. An incredible force. Something that people who differ on everything and anything else can have in common. -Sarah Dessen

A year ago to the month, Deborah Paul, Director of i61Collective was in the family home of Christy Anastas in Bethlehem, establishing the vision of Music On The Wind.

The house of the Anastas family has received media attention over the last 10 years, primarily as its the only property in Bethlehem that is surrounded by the wall between Israel and the West Bank on three sides.

Many from the Bethlehem community faced severe economic challenges, including livelihood devastation during the Palestinian intifadas (militant uprising). This lead to the Israel completing the wall in 2006. Whilst significantly reducing the number of terrorist attacks, the wall subsequently blocked trade and movement of people in the region. 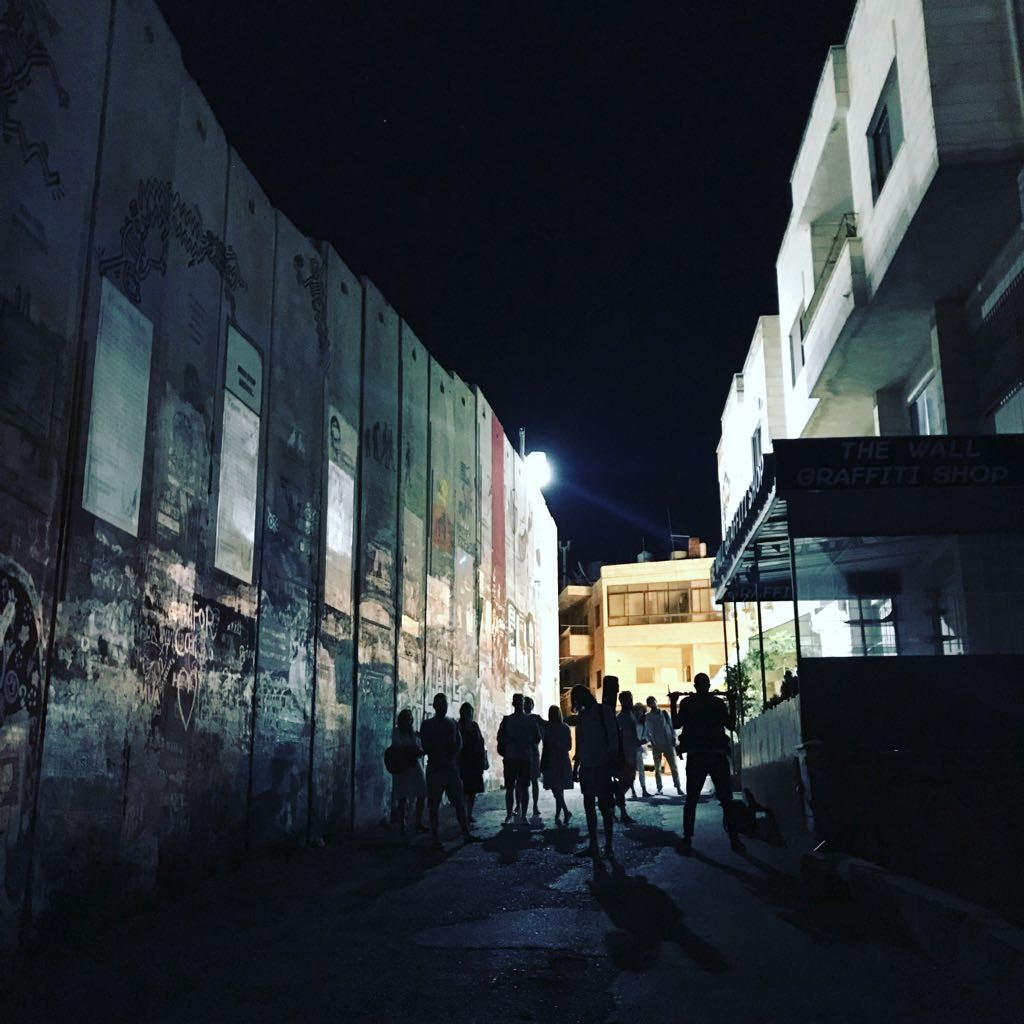 As Deborah gazed onto the barrier wall the question arose.. how can we invest in the lives of people on both sides in a nonpolitical way? Deborah had a vision of the healing and restoration power of live music crossing boundaries.

So Deborah, Christy Anastas and myself, began to brain storm how we could go about taking talented musicians from London to perform to locals in this politically and religiously contested areas of the world, regardless of race or religion or political stance. 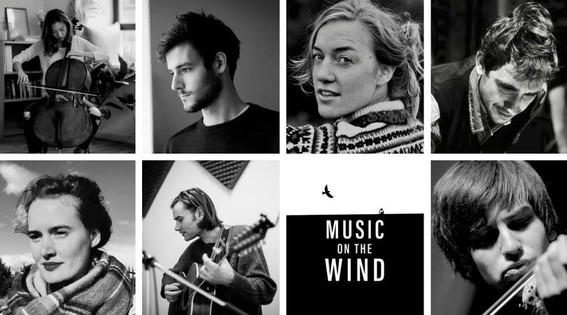 Seven talented musicians were chosen and we were grateful that they felt privileged to be part of this audacious vision. With a top line schedule and an agreement that we were to take a professional cameraman and sound engineer, we were confident we had covered the foundations.

Except we overlooked one crucial element.. how were we going find the money to fund the trip in under four months. 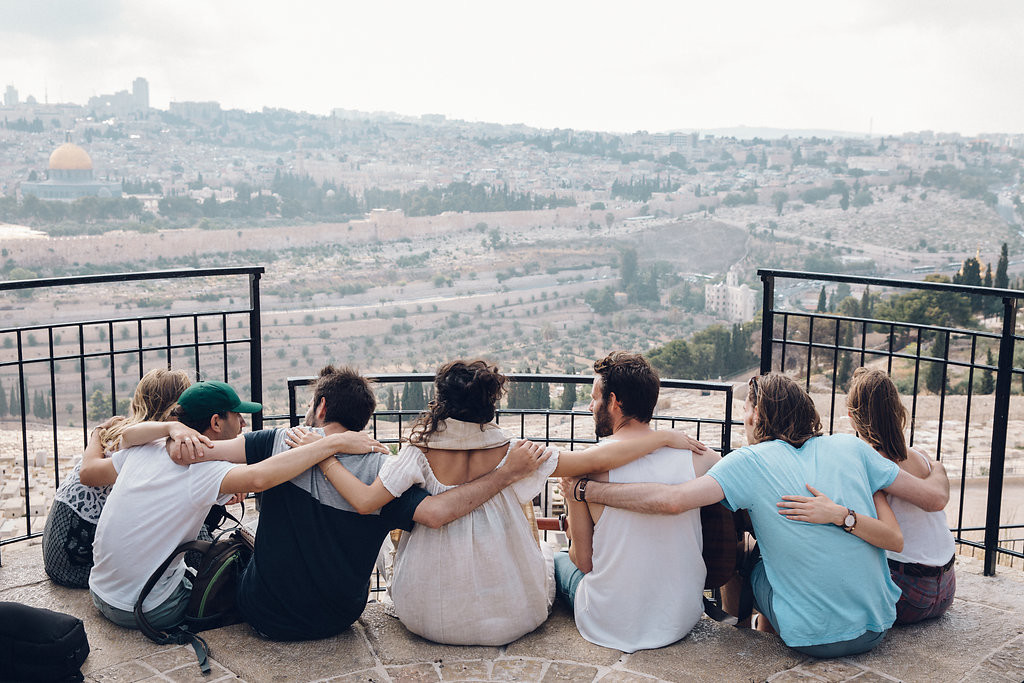 In March, less than three months of our planned travel, we launched the Music On The Wind Gofundme crowdfunding campaign, and consulted with friends on fundraising ideas that allow donors with a heart for reconciliation to come on board with us on this journey.

We brought all the musicians together for the Fundraising Launch Concert to play together for the first Music On the Wind performance. Against the stunning backdrop of St Peters Church in Notting Hill over 120 people came along to hear the musicians perform the same music that they would go onto play in Israel and the West Bank. The response was overwhelming positive. 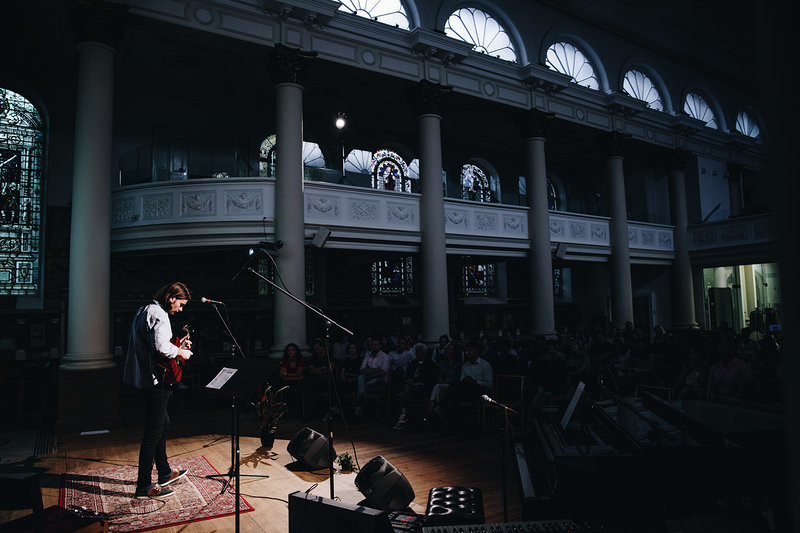 We had the opportunity to perform at Beit Emmanuel, in the historical port town Jaffa. Our debut gig in Israel, we couldn’t of asked for a warmer atmosphere from the mixed groups age group audience. 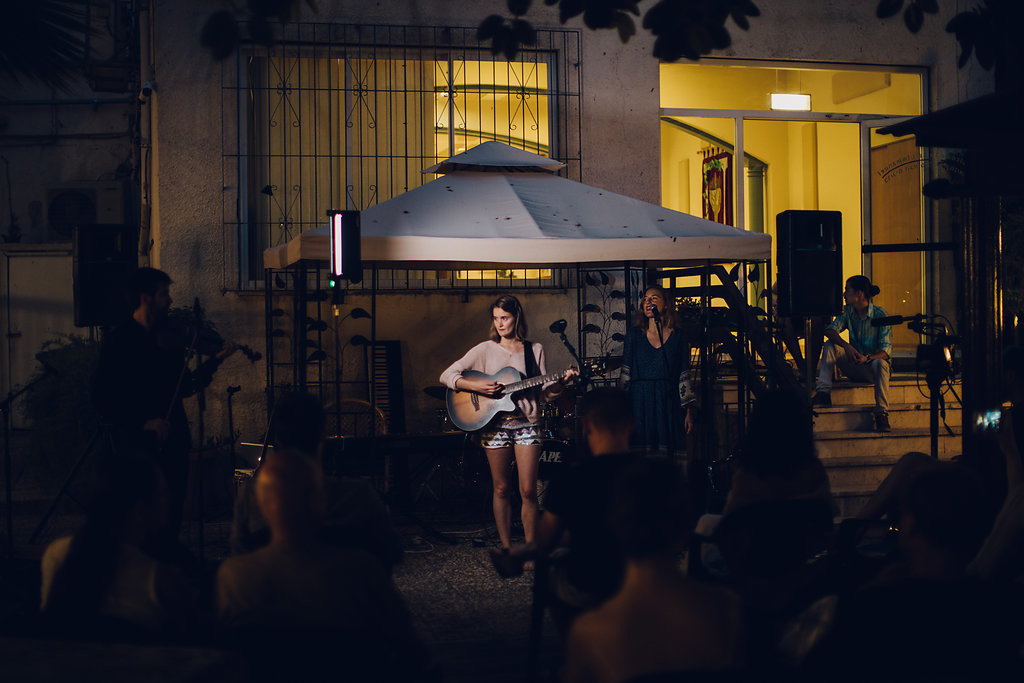 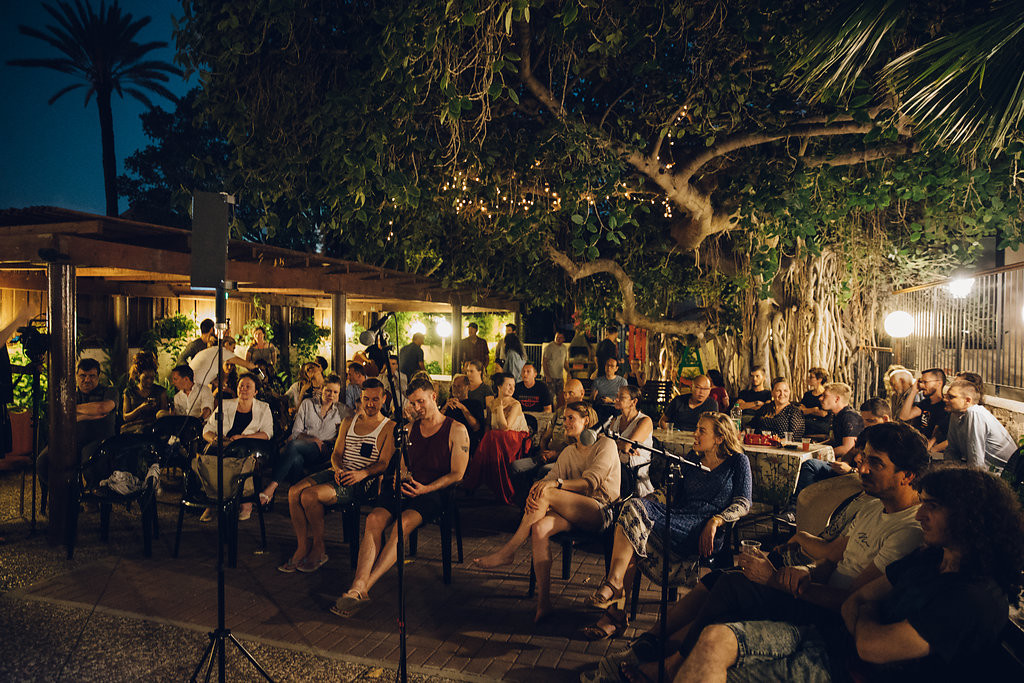 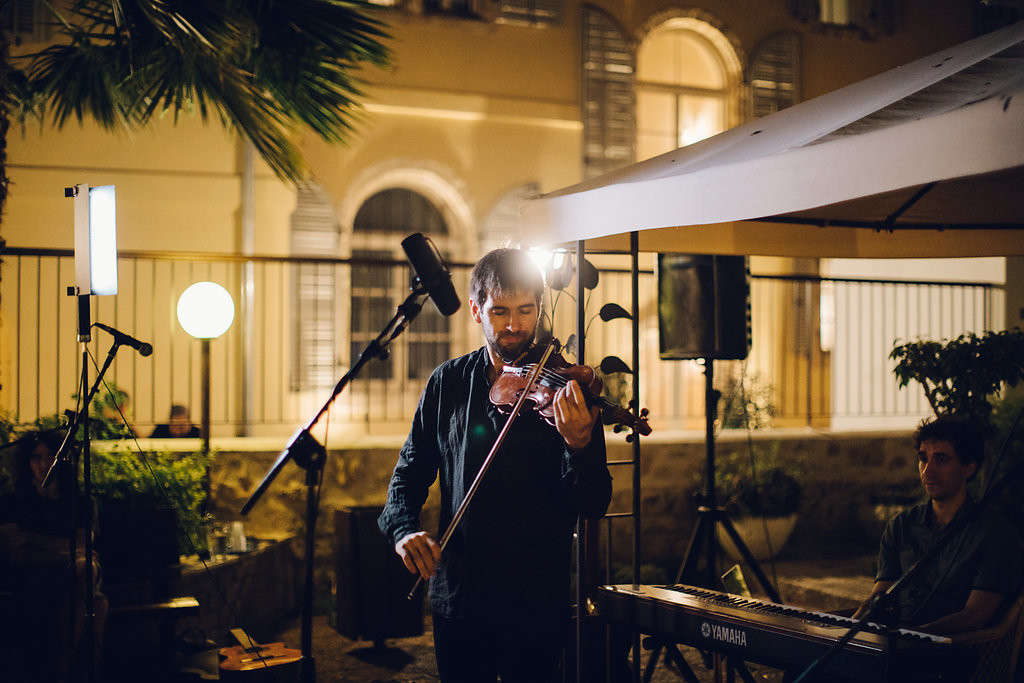 Many of the audience stayed around after the performance, to thank us, to learn more of the vision, and ascertain whether we would come back and play next year!

On the prominent Jaffa Street, many of Jerusalem’s youth congregate around a public concrete piano to sing and play music together. Our musicians accepted the invitation to join in, much to the delight of the youth, particularly as Hebrew songs were played alongside music they had not heard before. There was a real buzz, as passers by stopped to come and join in. 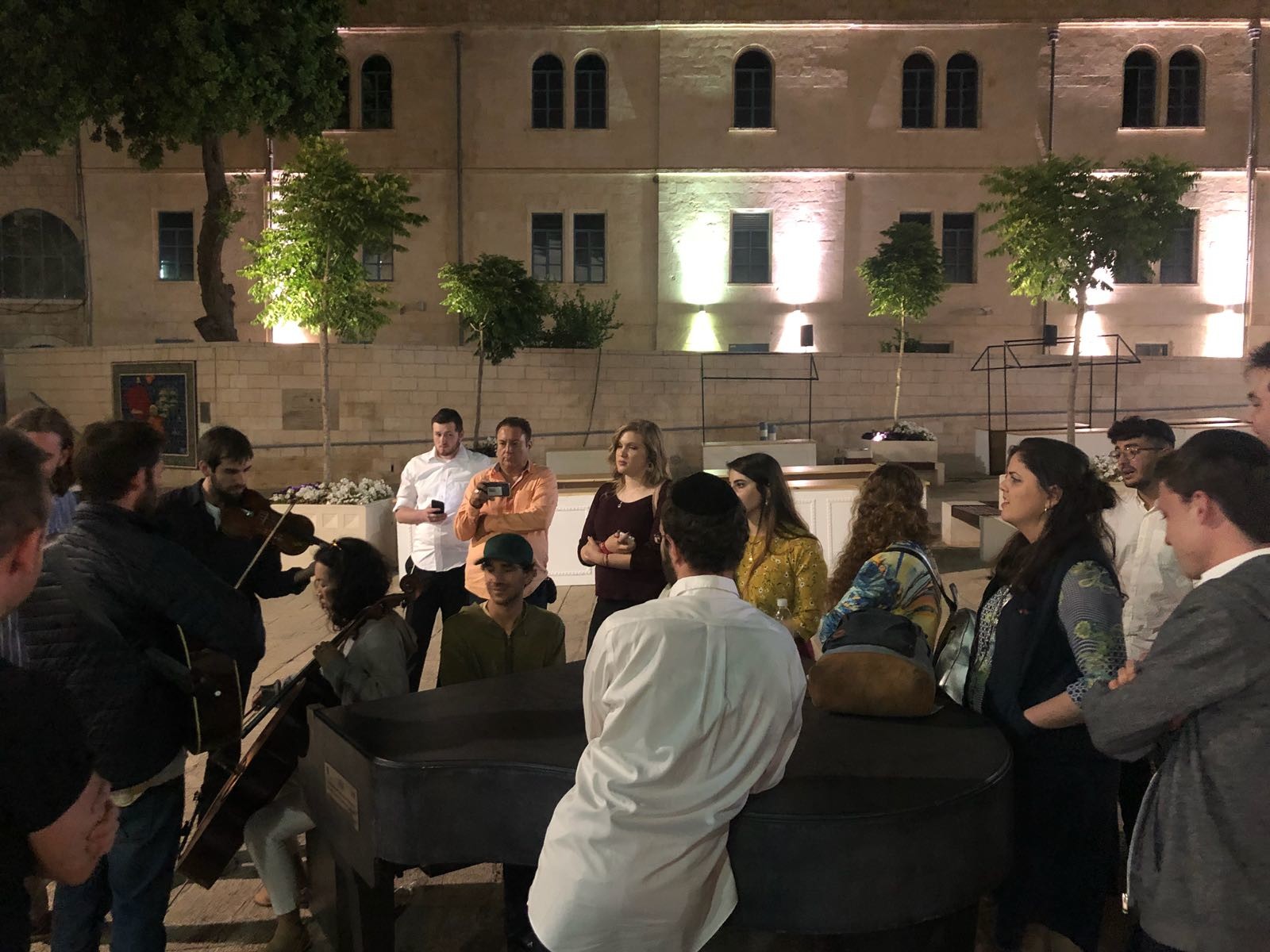 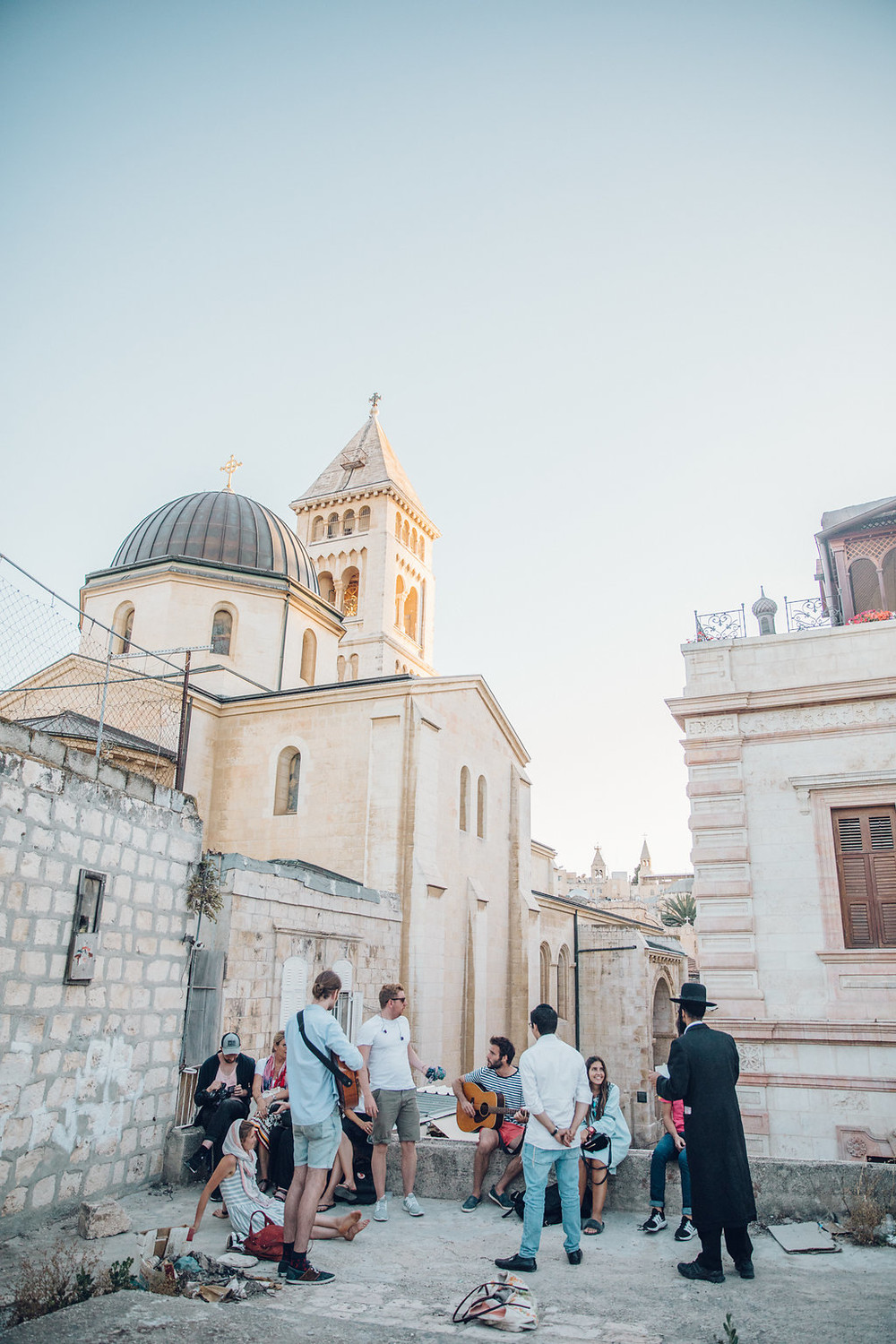 For the musicians, the opportunity couldn’t be missed to get onto the rooftops of the city, and play to pedestrians passing through the narrow streets.

Small audiences gathered on the rooftops and in the streets, and were clearly moved that the musicians wanted to play to them what was for many original sounds. 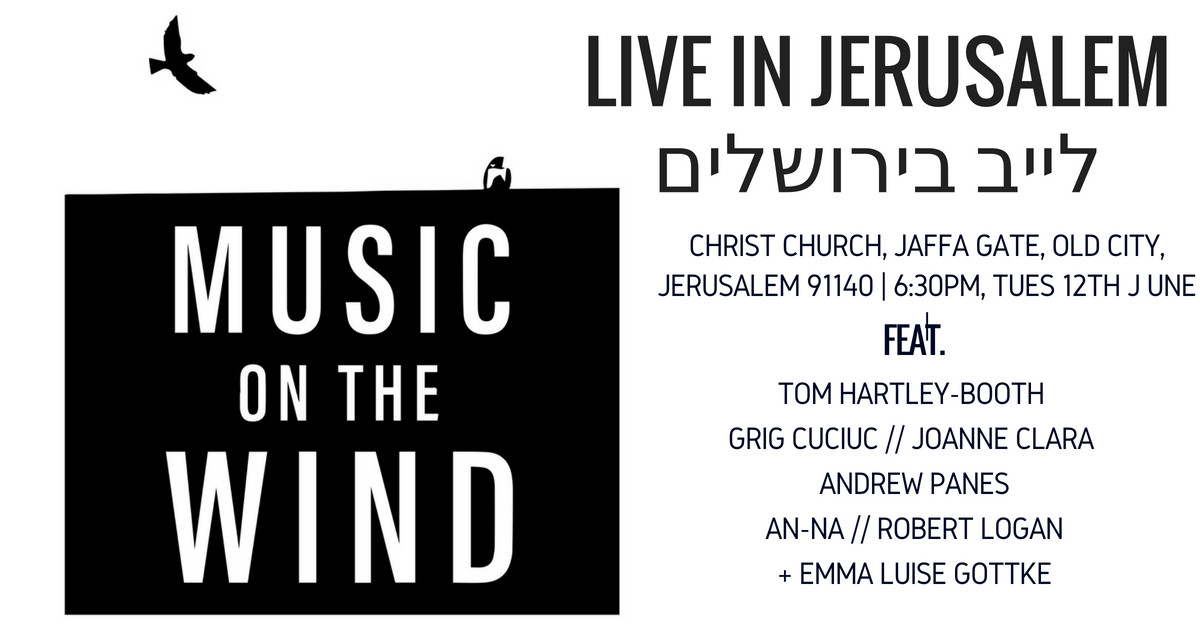 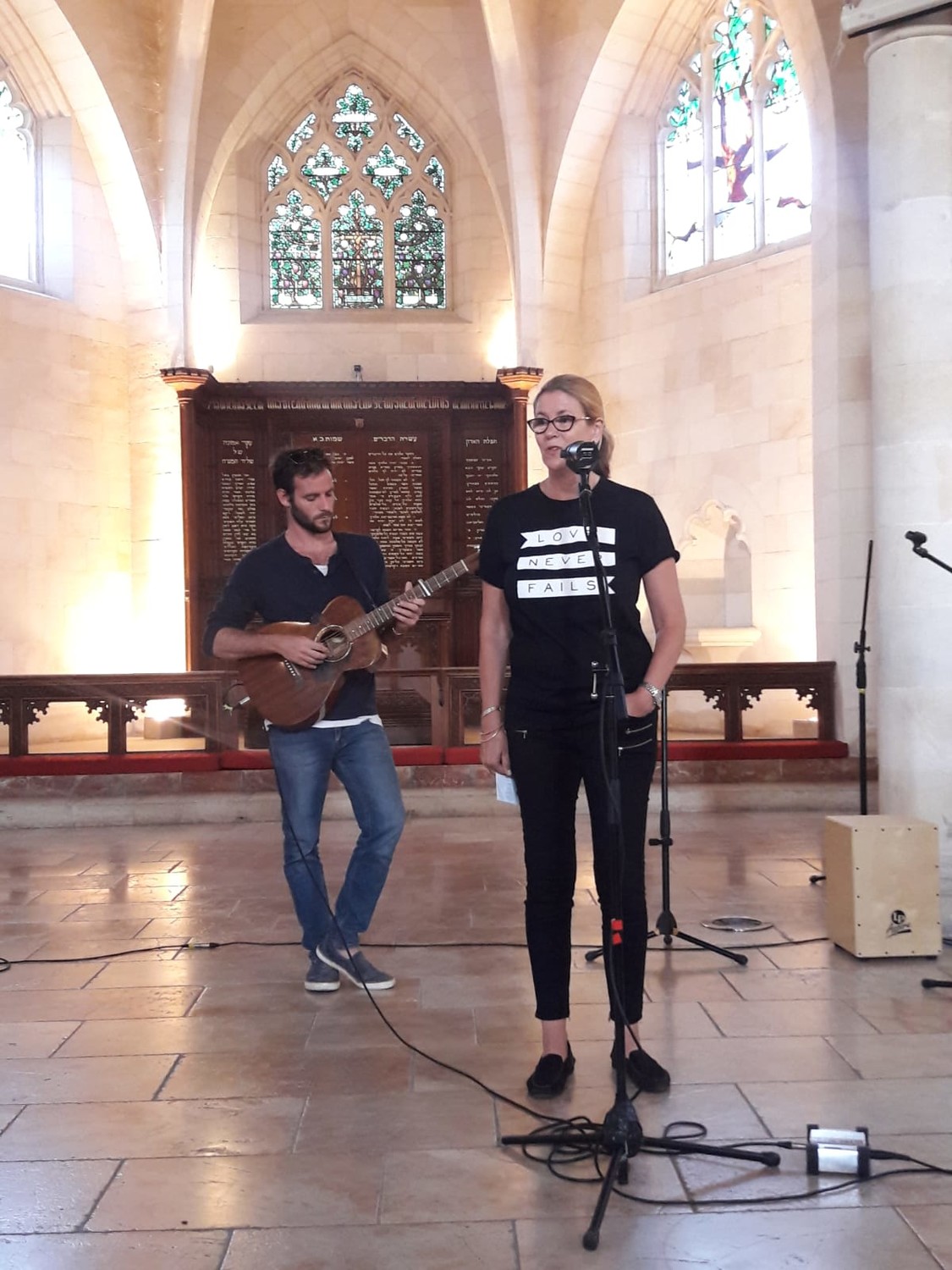 Christ Church, founded 1849, is a center of prayer for all nations with worship and strong local community, a ideal central location in the culturally rich city of Jerusalem.

The audience included local Armenians, Arab Christians and some Muslims that we had met on the streets of Jerusalem.

On our final night of the tour was in Bethlehem, which coincided with the end of the Muslim festival of Ramadan.

As the sunset, young Palestinians congregated in Bethlehem’s Manger Square, giving our musicians a window of opportunity to engage, to ‘busk Bethlehem’ 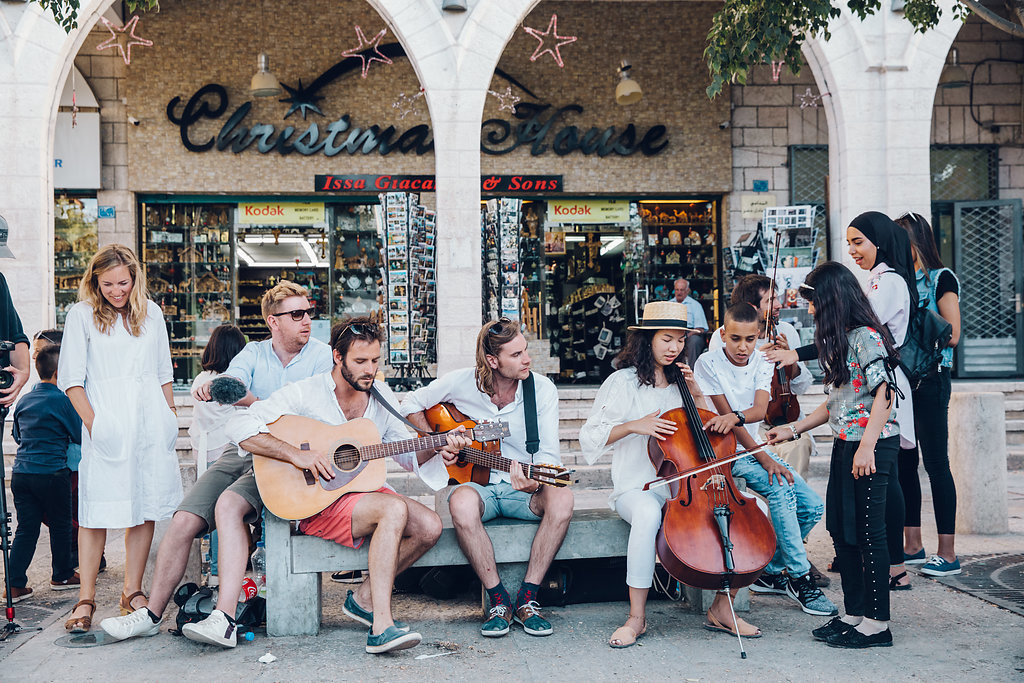 One moment that hit me is when some Palestinian teenage women shared with our cello player their dreams to learn to play music, and to go to university to make their mark on the world. It was evident to all of us that they felt inspired. 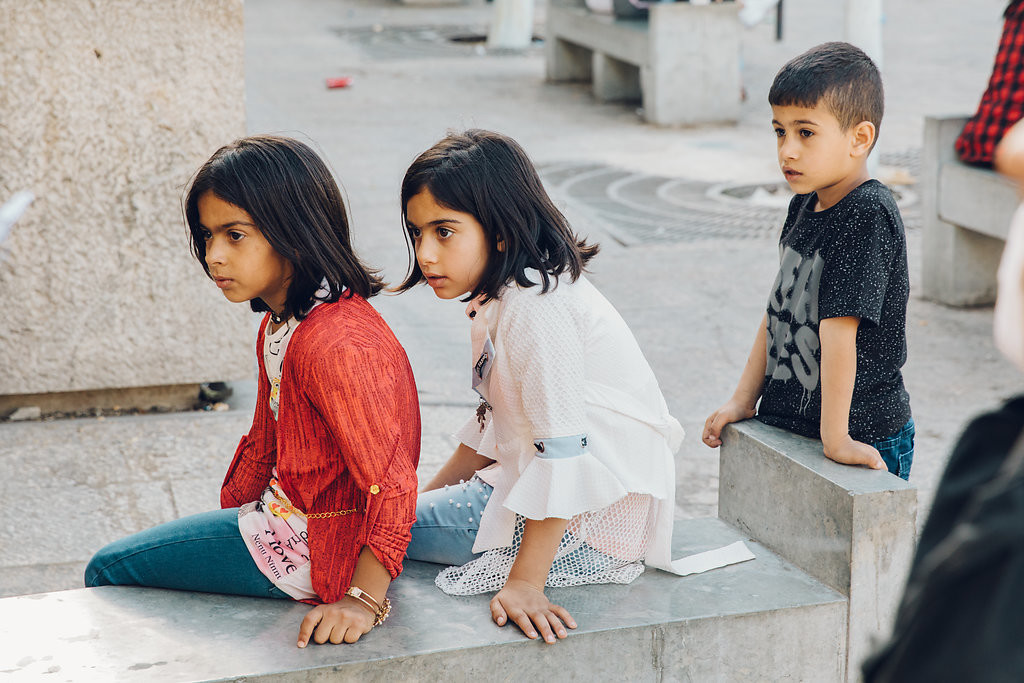 Children were also fascinated by what was going on, and eventually joined in with group dancing.

All of our group noticed a real shift in atmosphere during our time in Manger Square.

Many locals were clearly moved that we, as foreigners, took the time and resource to perform to them. Bearing in mind how well we were received by all communities, it would would unwise to simply leave this as a one time only June 2018 event. Hence the planning is in motion to reach even more people in 2019.

We are discussing what the Music On The Wind music album is going to look like. Purchasing a copy of the an album will allow people to enjoy the live sounds of the musicians on tour, whilst also providing the opportunity to directly support the vision of bridge building and reconciliation through live music in our 2019 tour.

Should you wish to volunteer your services to help us make the 2019 tour a reality, then we would love to hear from you. You can reach out emailing Jon, Christy and Deborah at [email protected]

~The Music On the Wind 2019 gofundme page is now live, and we welcome donation partners.

~ Israelinvestment.org Music On The Wind Article