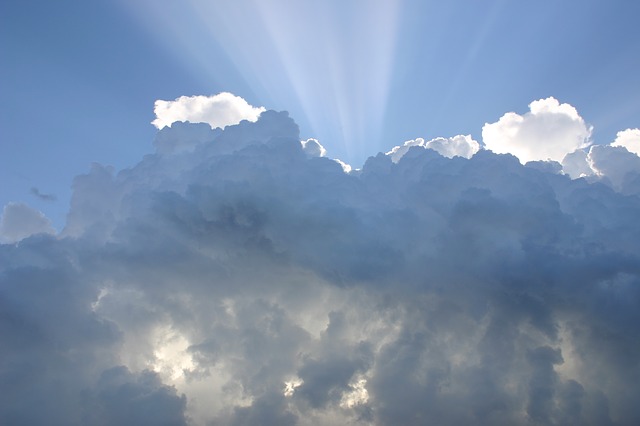 We don’t need any special ordination or religious approval to be called a saint. We only need to be faithful in our faith and walk with the Lord, with Messiah/Christ. Are you refreshed in His presence? Peter spoke to the people of God that if we repent and are converted, our sins would be blotted out, and times of refreshing would come from the presence of the Lord. He is speaking largely to unbelievers among God’s people, that they should repent and believe the gospel, and wait expectantly for the second coming of the Lord Jesus Christ/Yeshua the Messiah to make all things right in the world. I am certain that, if I would truly repent of even some of my own known sins, I would be refreshed by the joy of the Lord in me. What holds me back? Hmm.

As I was growing up as a Jew in “the South” of the USA, I always heard about the second coming of Christ. No one ever said what He was coming for. Even now, among very many believers, not all really have a hope in His return, but rather hold it as a rather loose doctrine, since it is hard to escape all of the Scriptures that speak of that. In most ‘statements of faith’ that I have read, His return if either not mentioned at all, or is only applied to Jesus judging the world, with the believers going to Heaven, and the unbelievers going to Hell. Well, He doesn’t really have to come back to Israel, or to the Earth at all, to do that. It is the spirit of the antichrist that denies that Yeshua/Jesus is coming (not only, has come) in the flesh — physically. (1Jn 4:1-6; Acts 1:9-11)  [The Greek word for ‘coming’, elelythota, allows for both a past and a future understanding, similar to the Hebrew word for ‘is coming; came’, ba בא.]

And for those who do say that they believe that the Lord is physically coming again, nearly all say that no one can know when that might be. We have been scared off by the one verse (not to mention many false ‘predictions’, despite that verse), when Yeshua said that no one can know the day or the hour of this occurring, and ignoring all of the other verses and passages in both Testaments which give us indications regarding the Lord’s sayings related to “the times and seasons”, with signs to look for, in order to help us be ready for the things to come prior to that momentous day and hour, and also to have a discernment of the times in which we live, and to know what ‘the Church’ should do. Yeshua was not pleased with the leaders of His people not knowing when He would come the first time, and so took their peace away.

Many get very nervous to think that we may actually be the last generation prior to His return. The devil is the ruler of “this world”; therefore, we can never make “the world” better before Jesus comes to do that Himself. The devil will cause even more trouble before the King of kings and Lord of lords returns to put him away for a predetermined amount of time before the final judgment. Isn’t it interesting how God allowed the serpent/the devil to come into the Garden of Eden in the beginning to draw Adam and Eve away from the truth and goodness of God their Creator; and then, after the 1000-year reign of Yeshua after His return, He releases Satan at the end of this first creation for the final deception among the nations to draw off all whose hearts are not right with the most loving and righteous King, and whom they will have personally known?!  The only God and Savior!  Sin is exceedingly sinful, and rebellion against the Creator and Redeemer is truly an unfathomable thing; and Yeshua will remove all that offends from the eternal City of God. (Rev 22:12-17)  Praise the Lord for that day, and may we be used by Him to bring more into His family before it is too late!

If we are unaware of how current events and prophecies are coming together, how will we explain to someone who knows that things are looking bad and is looking for hope for this planet, or even for himself? Even so, come, Lord Jesus!; or, in other words, Maranatha!

This article originally appeared on Streams in the Negev, July 25, 2022, and reposted with permission.