The prayer events on Saturday, September 26, 2020, in Washington, D.C. were so amazing. There was a LOT going on spiritually. One because the groups were seemingly leading different streams of believers in the United States to pray together for America. It was not competing streams, it was uniting streams that saw our need to cry out to the LORD for America. The two events represented essentially the non-charismatic American Christians in Franklin Graham’s prayer gathering, and the charismatic & Messianic gathering in Jonathan Cahn’s gathering. They were two major groups in one place who were more in agreement for our nation than in disagreement agreement.  Probably charismatics participated in Franklin Graham’s prayer march, and non-charismatics likely participated in Jonathan Cahn’s prayer event – those were issues laid aside for the greater cry of American believers for the soul of the nation. In the end, both groups converged on the National Mall as one united crowd of American believers —and Christians and Messianic Jews all over the world were watching the streaming events online, taking solemn note of what was unfolding before our eyes and touching the deep places of our hearts.

Saturday was also the eve of Yom Kippur, and the Messianic Jewish stream was more visible as part of the American spiritual body than ever before. There was a Supreme Court nomination that would be named as the two prayer events came to a close, and Saturday was also the 400th anniversary of the Mayflower setting sail in 1620 for the voyage to Plymouth Rock where the nation traces its birth to. Indeed, before the pilgrims in the Mayflower disembarked, they spent the day in fasting and prayer. 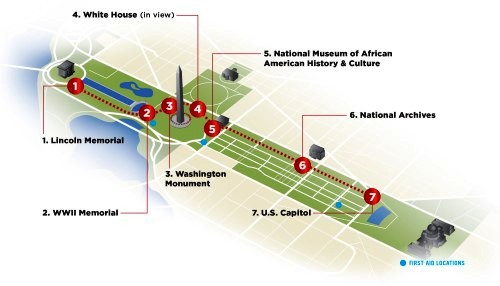 We saw Franklin Graham’s group move through 7 different sites in Washington where prayers were made at each site and with a focus of what each historical-memorial site represented in different facets of America. (I do pray that President Trump will deliver the official Apology that was signed during the Obama Administration, but not declared to the American Indians by the President of the United States. I believe it does carry a release and healing to the Land for all the broken promises that were given to the Indians. President Trump is a promise-keeper, I pray he does keep this one too.)

In Jonathan Cahn’s gathering the focus on repentance and personal testimony of God’s deliverance was great. I tuned in just as the repentance for abortion was ending and there was a song about a baby growing in the womb, then aborted, and Jesus coming to the baby; it left my heart shattered. There were many other intense and beautiful moments, like Mike Lindell’s testimony of having a vision from God for My Pillow to be a platform for God. He had this vision even when he was terribly addicted, but God delivered. His testimony was so powerful to me. When he said he had not fully surrendered his life until 2017, I had to go roll the video back to see if I heard right. I could relate to that…I surrendered to God by degrees over my whole life. I’m sure everyone has special moments that touched them in both of the prayer events. Another moment came when prayer was made for all the sex trafficked women and children — the modern slavery.

It was powerful to see how boldly the Messianic members of the body were so upfront in this gathering. In the past, Messianic Jews have had a somewhat token role, but this was a very bold element of the Cahn gathering. I remembered thinking how it must have many American Jews’ alarms raised high. Yesterday on Twitter, because most of my feed is from news people, there was talk about the Franklin Graham gathering but not a word about the Jonathan Cahn gathering. Today in the Google images there are plenty of photos from the Franklin Graham march, but ZIP/Nada/nothing of the crowds at Jonathan Cahn’s gathering, which was also massive. For the news media, even the conservative news media, they are acting like nothing else was happening but the Franklin Graham March. The Jonathan Cahn gathering, with its charismatic and Messianic Jewish believers is just too frightening to them to acknowledge still. But it doesn’t matter, because big things were happening in the Spirit. Couldn’t you feel it too?!

The whole world was tuned in and watching yesterday — millions and millions of Christians and Messianic Jews from around the world were watching the prayer events and agreeing in prayer. I believe that speaks to God drawing us together as the one body of the Lord and regardless of the opposition – where it comes from, which groups oppose it – the body of Messiah is beginning to come together, to connect as is the will of God for us. The charismatic, with the non-charismatic, the different races – Yes! We are one race: the human race of the One New Man in Messiah – the Christians and the Messianic Jews!  We saw a glimpse of what God is doing NOW in the earth. It is for us to hold onto, because it will not come without resistance. There will be opposition, sometimes raging. 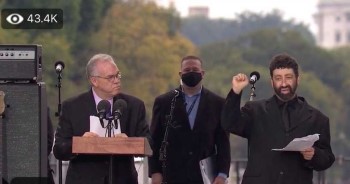 America is not over and be glad it isn’t. War in the Spirit for us like you do for Israel. The pastor, I believe his name was Jessip, who prayed toward the end on behalf of the Church while Jonathan Cahn prayed on behalf of the Jews and Israel said a very profound thing:

He said in essence that America had been birthed by the vision and conviction  of its founders that the Word of God, the laws and justice God proclaimed in that book, should be the basis of the new American nation. He said, America’s umbilical cord which is attached to Israel, and is not to be severed.

I believe that is true and why peoples from all the nations of the world come here to live and breathe the freedoms established by our founders. Freedoms  worth fighting for. A hill worth dying on to save. I say this is a spiritual statement, not merely nationalistic or patriotic impulsese.

At 5 pm yesterday came another spiritual sign as President Trump announced that a tongues-speaking Charismatic Catholic was his nominee for the Supreme Court of the USA. My Italian Roman Catholic father-in-law was a charismatic Catholic – so yes, they do exist! It’s not the “dogma” that speaks loud in Amy Coney Barrett’s life, it is the Holy Spirit, which is even scarier to those who are in opposition to God!

Heaven came down and touched the earth in Washington yesterday bringing the will of God for not only the United States, but for the uniting of the Body as we are aptly fit together – hand to arm, toe to foot, leg to torso, eye and mouth to Head – we are to come together like we saw yesterday connecting with our immediately related member parts…which will continue until we all see eye-to-eye with the Head. As Isaiah 52:8 says, Your watchmen shall lift up the voice; with the voice together shall they sing: for they shall see eye to eye, when the LORD shall bring again Zion.

This article originally appeared in Arrows from Zion newsletter, September 30, 2020, and reposted with permission.